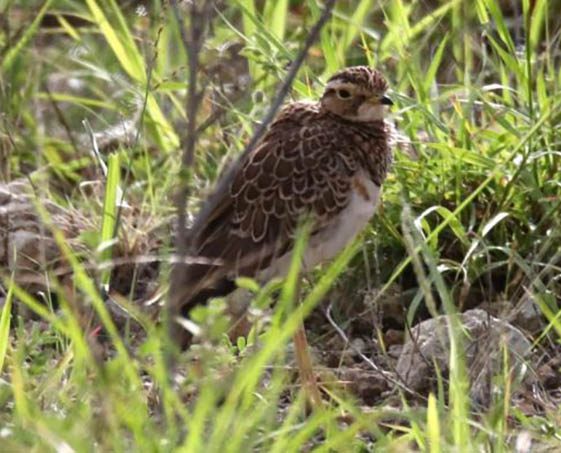 THE GREATEST WILDLIFE SPECTACLE ON EARTH

TOUR RUNNING AMIDST CLOSURE OF INTERNATIONAL BORDERS DUE TO THE COVID-19 PANDEMIC OUT BREAK.

A SUMMARY OF THE TOUR

This tour was organized by Tanzania Birding and Beyond Safaris and unfortunately, I was the only participant as my friend was prevented from going as was planned. The flights from Stockholm via Addis Ababa to Dar es Salaam and back with Ethiopian Airlines were uneventful. The only differences from my previous flights were that wearing face masks on the aircrafts was mandatory, and recommended at the airports, and that they checked my body temperature at both arrival and departure. I am not sure what the consequences would have been in case of fever. You must also complete a health declaration both for transfer and arrival. The outbound flight from Stockholm to Addis Ababa was about half empty and on the return perhaps only 25 % of the seats were occupied, which meant good nights sleep on three seats both ways. The flights between Addis Ababa and Dar es Salaam were fully booked both ways.

The domestic flights with Coastal Aviation from Dar es Salaam via Zanzibar (Unguja) to Pemba and on to Tanga were also smooth, with the same regulations as above. The aircrafts were painfully small though, 12 seats. Not much space for legs and hand luggage. On the other hand, the distances are short.

All in all, the tour was a big success. Accommodation was generally good, although basic at some places, but nothing to complain about. Food was excellent and plentiful, and I had no issues with the stomach. The drivers and the guides were excellent, in particular the outstanding Anthony, who guided most of the tour. The only obstacle was a District Commissioner in Gairo who demanded us to make an appointment with her before we could leave the district. What took us a half day chasing her, as she was travelling around to some villages. A waste of time, really, and for no sensible reason at all. Annoying!

We focused very hard on my wish list, i.e. new birds for me. That meant that we did not make any detours or spent time searching for species already seen by me. Also, we did not search for mammals. That’s the main reason for why some otherwise common birds and some mammals, e.g. Lion, are missing in the species lists below.

In total I recorded 528 bird species (non-native species excluded) in Tanzania and 158 of them were new to me (lifers). Also, six species at Bole International Airport in Addis Ababa.