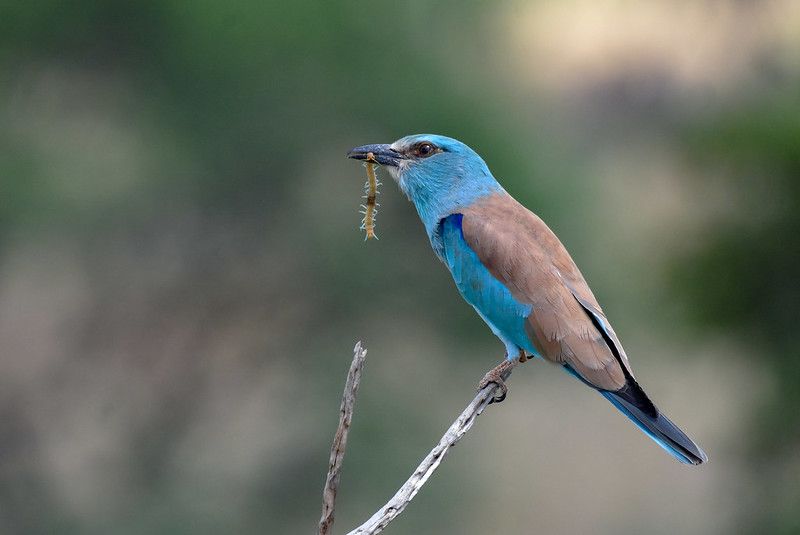 KENYA FOR THE KEEN BIRDER

Welcome to our Kenya Keen Birders Tour. This Tour is specially designed for the Keen birders, the Tour can be re-designed to include destinations primarily omitted, such as the Arabuko Sokoke Forest on the Coast as well as Coastal National Parks such as the Tsavo and other birding sites such as the Taita hills… for those who will have more time than the time scheduled on this Original Itinerary.

Day 1: Arrival and Transfer to Nairobi .over night at the Boulevard Hotel.Depending on the time of arrival,we may have chance for an excursion into Nairobi National Park,returning tou Hotel for Dinner and Overnight.

Day 2: We begin our Safari from Nairobi into the Rift Valley Lakes of Naivasha,there are several bird species around Lake Naivasha. These include; White Pelican, Long-tailed and Great Cormorants, Black Crake, African Jacana, several duck species, Long-toed Lapwing, Malachite Kingfisher, Green Woodhoopoe, White-headed Barbet, Bearded and Cardinal Woodpeckers, Grey-capped and Lesser Swamp Warblers, White-fronted Bee-eater, Winding and Rattling Cisticolas, Grey-headed Bush-shrike and many more. Hirundines can be plentiful, and over half of the species in Kenya can be seen. In the evening, Verreaux’s Eagle Owl hunts along the lakeshore acacias.Over night at Elsamere Centre.

Day 3: In addition to exploring the surroundings of your cottage, there is also the possibility of visiting Hell’s Gate NP . This is one of the few parks where it is possible to walk, and the cliffs have breeding Nyanza and Mottled Swifts, and a colony of Rueppell’s Vultures. Lammergeier have been recently reintroduced, and other species which are regular include Schalow’s Wheatear and Pectoral-patch Cisticolas may be sited.Over night and Meals at Elsamere Centre.

Day 4: Today, you will head for Lake Victoria. On the way, you may wish an option to spend three or four hours passing through Lake Nakuru NP , which is again excellent for waterbirds and acacia species, and has additional specialities including Hildebrandt’s Francolin, Arrow-marked Babbler, Wailing Cisticola, and is one of the best places for Lappet-faced Vulture. It also has both White and Black Rhino, protected here from poachers, and sometimes both Lion and Leopard may be seen. On the way to Kisumu, you may wish to visit some diminishing grasslands above Molo, where Sharpe’s Longclaw is regular, along with Wing-snapping Cisticola. When you reach Kisumu, if time permits, you will be able to visit Hippo Point, where the papyrus beds have specialities such as Black-headed and Papyrus Gonoleks, Carruther’s Cisticola, Swamp Flycatcher, Papyrus and Yellow-fronted Canaries, Black-billed Barbet, White-browed and Blue-headed Coucal, Greater Swamp Warbler an! d others. Over night at Imperial Hotel Kisumu.

Day 5: There are two possibilities on this day. The journey to Kakamega is quite short, but can be extended along the coast of the lake, where the area around Sioport has further papyrus specialities, as well as western species such as Copper Sunbird, Black and Black-winged Bishops, Woodland Kingfisher, Bar-breasted and Black-bellied Firefinches and Grey Kestrel. Also, there are two river crossings where Rock Pratincole is regular. Some grassland in the west is also productive for species such as Uganda Spotted Woodpecker, Red-headed Lovebird, Yellow-fronted Tinkerbird and Blue Swallow. These sites could also be visited in a long morning from Kakamega town, so are possible on a different day. Overnight Golf Hotel Kakamega.

Day 6: Today, it will be possible to spend all day exploring Kakamega Forest. There are two excellent areas, around Isecheno in the south and Kakamega in the north. Visiting both parts provides the best opportunities, and local guides will help tremendously. In the northern part, Solomon is recommended, and in the south Wilberforce. The number of birds is incredible, and include Great Blue and Black-billed Turacos, Grey Parrot, Yellow-billed, Grey-throated, Yellow-spotted and Hairy-breasted Barbets, several Woodpeckers, Scaly-throated and Thick-billed Honeyguides, Turner’s Eremomela, Banded and White-chinned Prinias, Blue and Dusky Crested Flycatchers, Chapin’s Flycatcher, several Greenbuls and Illadopsises, Yellowbill, Bar-tailed Trogon, Equatorial Akalat, Black-and-White Casqued Hornbill, Snowy-headed and Blue-shouldered Robin-chats and many more. Over night Golf Hotel Kakamega

Day 7: It is recommended to spend one day in the northern Part of the Forest and the in the southern Part of the Forest. . Both are fairly Spartan. Accommodations will depend on the requested arrangements which may include Udos Bandas or Isecheno Rest house for the budget Groups or Golf Hotel and Rondo retreat for these requiring a little luxury.

Day 8: After some final forest birding, we will head north to the market town of Kitale. Nearby are two excellent birding localities, Kongolei and Saiwa Swamp. At Kongolei, there are several dry country birds scarce elsewhere, including Chestnut-crowned Sparrow-weaver, Lesser Blue-eared Starling, White-crested Turaco and Brown-rumped Bunting. Saiwa is home to the Sitatunga antelope, as well as De Brazza Monkey, and is a good site for Blue-headed Coucal, Double-toothed Barbet, Hartlaub’s Marsh Widowbird, Black-throated Wattle-eye and Splendid and Purple Glossy Starlings. Overnight Alakara Hotel.

Day 9: Today, we skirt the Cherangani Mountains, and head through the spectacular Kerio Valley and Tugen Hills. On the way, we can stop to seek out similar birds to Kongolei, and in
the valley, species such as Little Weaver and D’Arnaud’s Barbet. When we arrive at Lake Baringo, and we should see our first special birds of the area. During the few days, we should encounter Slender-tailed Nightjar, Heuglin’s Courser, Spotted Thick-knee, Northern Masked, Little, Jackson’s and Vitelline Masked Weavers, Bristle-crowned Starling, Hemprich’s and Jackson’s Hornbills, Mouse-coloured Penduline Tit, Brown-tailed Rock Chat, Verreaux’s Eagle Owl, White-faced Scops Owl, Beautiful Sunbird and much more.Over night Lake Baringo Country Club.

Day 10: All day will be spent around Lake Baringo. You may wish to use a local guide, who will help find the difficult species. Over night at Lake Baringo Country Club.

Day 11: We head south from Baringo, and skirt the Aberdares, stopping at Thompson’s Falls where we can seek out Slender-billed Starling, African Snipe and Tinkling Cisticola. We then pass across Solio Plains, sometimes good for Bustards, which can include the scarce Denham’s, as well as Capped Wheatear, Long-tailed Widowbird and wintering Lesser Kestrels and Montagues and Pallid Harriers. Finally, we arrive at Naro Moru River Lodge, where a self-catering two-bedroomed cottage is recommended. Food can be bought en-route at Nyahururu, or meals can be obtained at the lodge. Overnight Naro Moru River Lodge.

Day 12: The lodge grounds are excellent for birding, and can have such species as Giant Kingfisher, Black Duck, Hartlaub’s Turaco, Red-fronted Parrot, Narina Trogon, Grey Apalis, Rufous Chatterer, Yellow-bellied Waxbill, Crowned Hornbill and up to nine sunbird species. It is also a base for Mt Kenya, and there are options to explore on a day trip the lower slopes, where some mountain specialities such as Mountain Greenbul, Grey Cuckoo-shrike, Brown-chested Alethe, Brown Woodland Warbler, Abyssinian Crimsonwing, Hunter’s Cisticola and White-tailed Crested Flycatcher can be seen. An option is to take a 4WD up to the Meteorological Station, where one night can be spent, and species such as Scarlet-tufted Malachite Sunbird, Alpine Chat, Jackson’s Francolin, Abyssinian Ground Thrush and rarely, Olive Ibis can be seen. Overnight Naromoru River Lodge.

Day 14: A further day will be spent in Samburu . Samburu Block Hotels.

Day 15: Heading back slowly into the highlands, we will stop at Wajee Camp, where the endemic Hinde’s Babbler lives in the grounds. In addition, African Wood Owl roosts, and there is a selection of other highland birds around. Overnight Wajee Bungalows.

Day 16: After leaving Wajee, we will visit some rice-paddies, where waterbirds are profuse, and often include Yellow-crowned Bishop and White-winged Widowbird. We will stop at Thika Blue Posts, and have the option of an afternoon at Kieni Forest. This remnant patch seems very quiet at first, but is home to many scarce highland birds, including Chestnut-throated and Black-throated Apalises, Black-fronted Bush-shrike, Bar-tailed Trogon, Ayre’s Hawk-eagle, Olive and Bronze-naped Pigeons, White-headed Woodhoopoe and Tullberg’s Woodpecker. The grounds of the New Blue Posts are also good for birding, and have scarcities which can include African Penduline Tit, Black Duck, Grey-olive Greenbul, Giant Kingfisher, Trumpeter Hornbill, Black-collared Apalis and Purple-crested Turaco. Overnight New Blue Posts Thika.

Day 17: The final day will still be bird-filled. After breakfast, we will have an Option to head for Nairobi NP or straight to the Airport or spend more time reluxing at the Lodge grounds. The park is excellent for many grassland species, including up to 9 species of Cisticola! Hartlaub’s Bustard is regular, and other birds can include Northern Pied Babbler, African Darter, Red-throated Tit, Shelley’s Francolin, Jackson’s Widowbird, and African Finfoot at the Hippo Pools. And Transfer to airport for Flight Home.