The Red-billed Firefinch – for a more vibrant birding experience 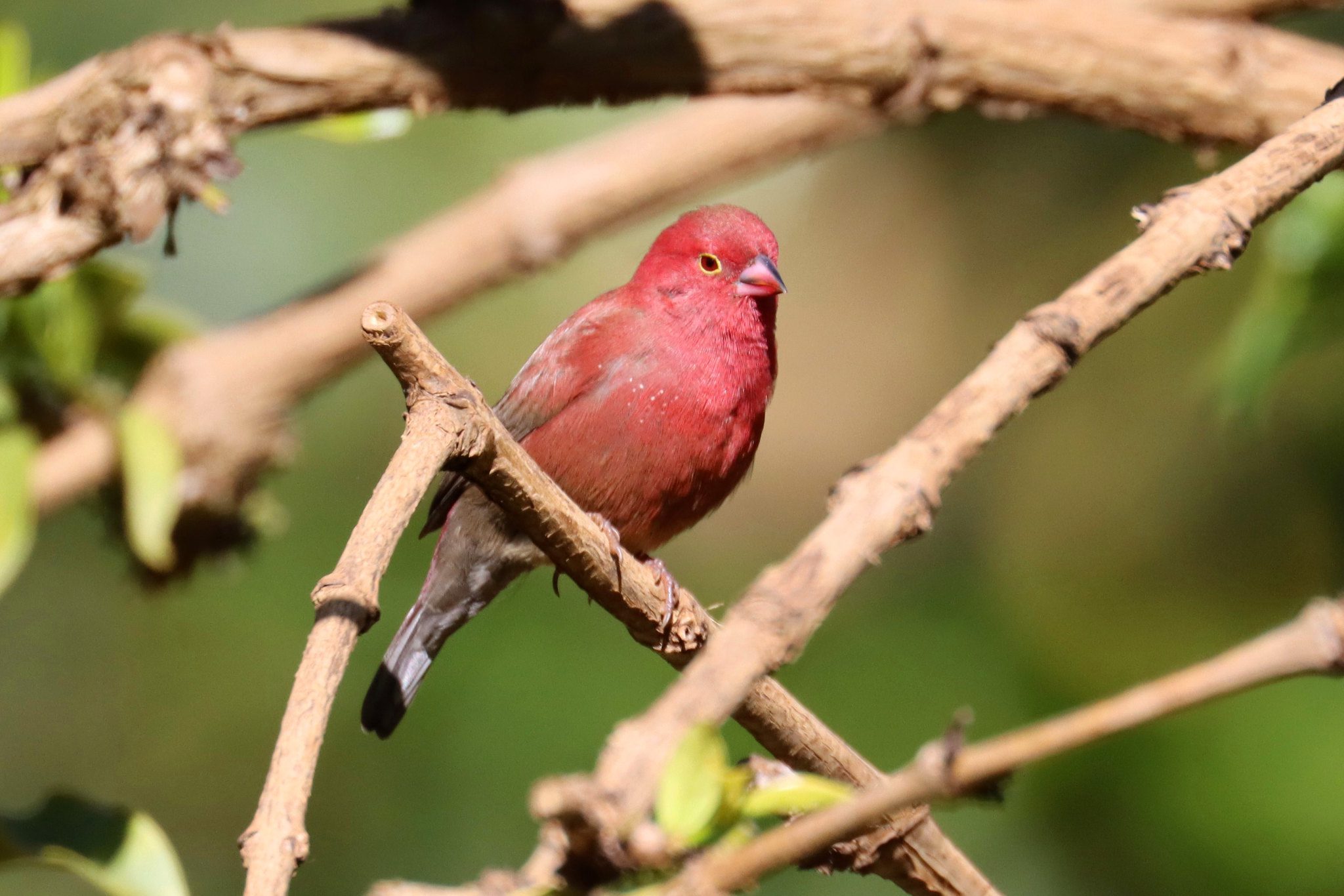 The Red-billed Firefinch or Senegal Firefinch is a small gregarious passerine bird. There are two types in East Africa, which are:

The Red-billed Firefinch has a wide distribution, and are found in Sub-Saharan Africa, from south Mauritania to Sudan and Somalia, south through east and central Africa to South Africa; absent from Congo Basin and arid areas in east Africa.

Populations that have been introduced have spread in:

They are residents of grassy habitats and thickets with a preference for Acacia Savanna. The Red-billed Firefinch have an extremely large geographic range, with a fairly stable population. They have one breeding partner and their nest is placed near the ground and forms a ball shape. Usually found in pairs or small flocks with other birds where they are seen feeding on seeds and grains on the ground and are considered sedentary, with some localised movements.

The Firefinch has a call of a soft fluty “dwee” or “fweet” notes which is a simple melodious phrase of 2-6 soft fluty whistles, rising slightly in pitch towards the end, preceded by sharp tzet alarm note. The local dialects and individual songs will vary slightly.

The contact call is a soft, thin dwee, uee, peee or fweet, slurred and usually rising, sometimes repeated as a double note; which is restrained by the close proximity of the same species. The Firefinch alarm call is a sharp, low-pitched tzet, tzet, tzet, sometimes rapidly repeated. The young of the species beg with wis and we call.

The sexes are dimorphic in feather colouration. (L. s. rendalli). The adult male will be brown along the centre of crown and nape, mantle and back, sometimes suffused with pale red. The remainder of his head will reflect a dull pinkish-red. The rump and base of the upper tail are a pinkish red.

The upperparts are brown with a reddish rump, as well as the upper tail coverts and fringes of rectrices. The face, underparts buff and lores are a dull rose red. The white spotting on the breast is more extensive on the female than in the male.

The juvenile is similar to the female but lacks reddish lores and white spotting on breast. Its bill is black; with recently fledged birds, base is pink and a petite white gape tubercle. The eyes dark brown and the eye-ring grey.

All our Tanzania Tours guarantee a Red-billed Firefinch!

If you want to see one of these beautiful feathered friends and find out why they are so popular, you can enquire or book with us at www.tanzaniabirding.com.

Augur Buzzard - A guaranteed sighting with Tanzania Birding
7 Kinds of birds nests from around the world (and how to tell them apart)
Share this: